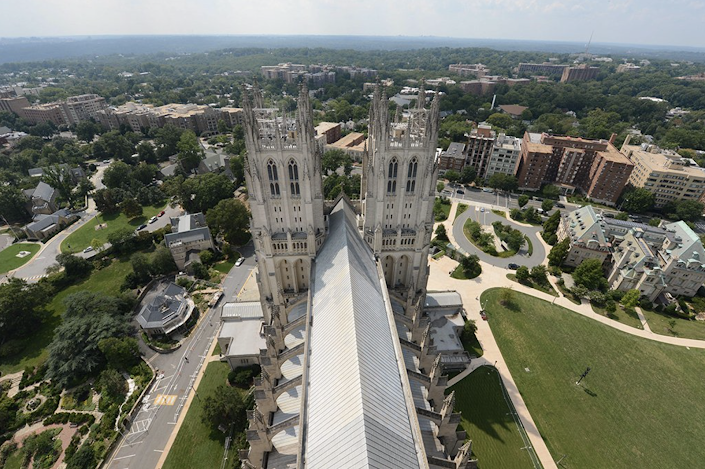 [Episcopal News Service] A group of mostly Midwestern bishops organized by Michigan Bishop Bonnie Perry distributed a letter on Jan. 13 urging Episcopalians to stay home and not participate in public demonstrations in the wake of last week’s assault on the United States Capitol by supporters of President Donald Trump, who has been impeached an unprecedented second time.

The coming days are a critical moment for national security, with at least 20,000 members of the National Guard being deployed to Washington, D.C., to protect the Capitol from further violence and prepare for President-elect Joe Biden’s inauguration on Jan. 20.

The FBI has also warned that armed protests by Trump supporters may occur in all 50 states, and some governors are activating their states’ National Guard divisions to protect state capitols.

Perry, who initiated the letter, feared the danger that armed right-wing protesters present long before the attack on the U.S. Capitol. In April, armed right-wing protesters swarmed the Michigan State Capitol in Lansing, directly across the street from St. Paul’s Episcopal Church. At least two of those people were among 14 people later charged in a thwarted plot to kidnap Michigan Gov. Gretchen Whitmer and bomb the state Capitol, The New York Times reported.

“Our state capitol has had an inordinate number of armed protesters there, inside and out,” Perry told Episcopal News Service. “And I know the reports of people with long guns and assault rifles looking down on legislators. That has been playing out continuously through the pandemic.”

After seeing the attack on the U.S. Capitol and hearing of additional threats to state capitols, Perry worried that places like St. Paul’s might be in danger too.

“For me, the daughter of a Marine lieutenant colonel, to watch our Capitol desecrated … I cannot begin to express to you my outrage at that,” she said, adding that St. Paul’s, a “progressive and inclusive” parish, had gotten “pushback from the protesters who see their signs and then send impolite, nasty emails to them.”

Perry says she wants to make sure people are out of harm’s way and do not try to join any demonstrations in the coming days, regardless of political intent.

Perry said she reached out to bishops in Province V and others she knows personally, and all enthusiastically signed on.

Earlier this week, the FBI warned that armed protests are being planned for Washington, D.C., and all 50 state capitals sometime between Saturday, Jan. 16, and the inauguration of President-elect Joe Biden on Jan. 20. As your bishops, we write today imploring you to stay away from these protests and any counter-protests that might occur.

In these perilous times, when public demonstrations carry a significant risk of both violence and exposure to COVID-19, we believe that God calls us to exercise both our Christian witness and our civic responsibility in ways that promote peace and safety. Between now and Inauguration Day, we can best follow our vocation to be peacemakers by staying away from places where harm could come to God’s people.

Staying home does not, however, mean staying silent. We hope that all people of goodwill will join us in raising our voices to support our country’s democracy, letting our elected officials know that we are praying for them, particularly in the aftermath of last week’s siege of the U.S. Capitol. Whether you consider yourself a Republican, a Democrat or an independent, please let your elected officials know that you cherish our representative democracy and our pursuit of a more perfect union, and that you expect that those who are found responsible for last week’s violence to be held accountable. The Episcopal Church has a robust witness in Washington, D.C., and the Episcopal Public Policy Network provides all of us with opportunities to advocate for peace, justice and the dignity of every human being. You can join the network online.

Most of all, in the coming days, we ask you to pray. This collect from the Book of Common Prayer holds particular meaning as we seek to face the days ahead with courage, wisdom, and grace:

Grant, O God, that your holy and life-giving Spirit may so move every human heart, and especially the hearts of the people of this land, that barriers which divide us may crumble, suspicions disappear, and hatreds cease; that our divisions being healed, we may live in justice and peace; through Jesus Christ our Lord. Amen.

The Rt. Rev. Ken Price, Bishop in the Episcopal Diocese of Southern Ohio