News from the Episcopal Diocese of Pennsylvania


William Wordsworth (1770–1850)
The Daffodils
I wandered lonely as a cloudThat floats on high o'er vales and hills,When all at once I saw a crowd,A host, of golden daffodils;Beside the lake, beneath the trees,Fluttering and dancing in the breeze.
Continuous as the stars that shineAnd twinkle on the Milky Way,They stretched in never-ending lineAlong the margin of a bay:Ten thousand saw I at a glance,Tossing their heads in sprightly dance.
The waves beside them danced, but theyOut-did the sparkling waves in glee:A Poet could not but be gay,In such a jocund company:I gazed — and gazed — but little thoughtWhat wealth the show to me had brought:
For oft, when on my couch I lieIn vacant or in pensive mood,They flash upon that inward eyeWhich is the bliss of solitude;And then my heart with pleasure fills,And dances with the daffodils.
Posted by Peter Carey at 12:39 AM 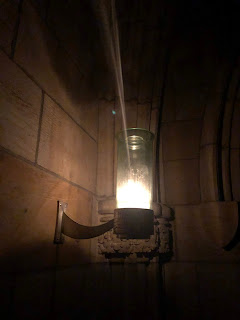 R.S. Thomas
The Answer
Not darkness but twilightIn which even the bestof minds must make its waynow. And slowly the questionsoccur, vague but formidablefor all that. We pass our handsover their surface like blindmen feeling for the mechanismthat will swing them aside. Theyyield, but only to reformas new problems; and onedoes not even do thatbut towers immovablebefore us
Is there no wayof other thought of answeringits challenge? There is an anticipationof it to the point ofdying. There have been timeswhen, after long on my kneesin a cold chancel, a stone has rolledfrom my mind, and I have lookedin and seen the old questions liefolded and in a placeby themselves, like the piledgraveclothes of love’s risen body.
Posted by Peter Carey at 12:36 AM

Alleluia! Christ is Risen! The Lord is Risen, Indeed, Alleluia!

The Lord is Risen, Indeed, Alleluia! 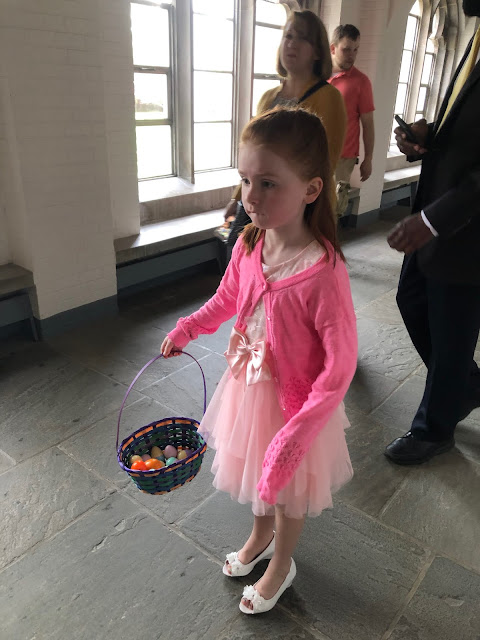 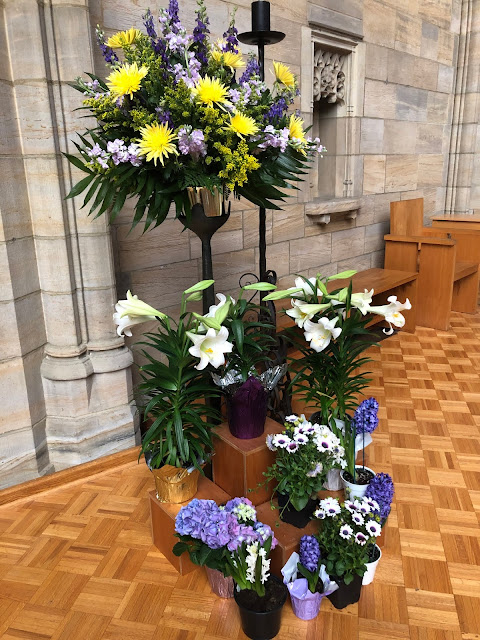 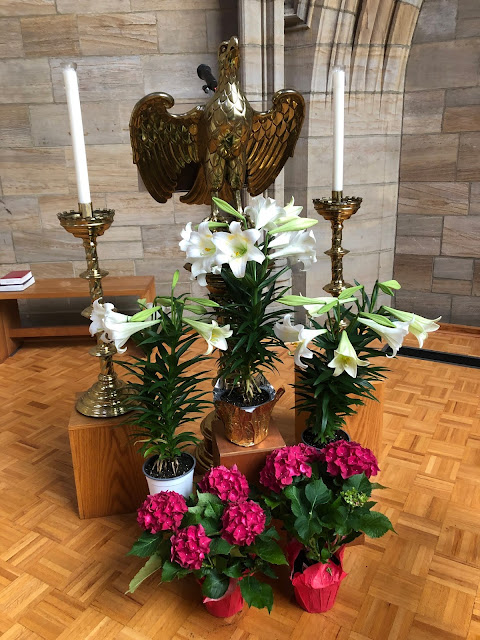 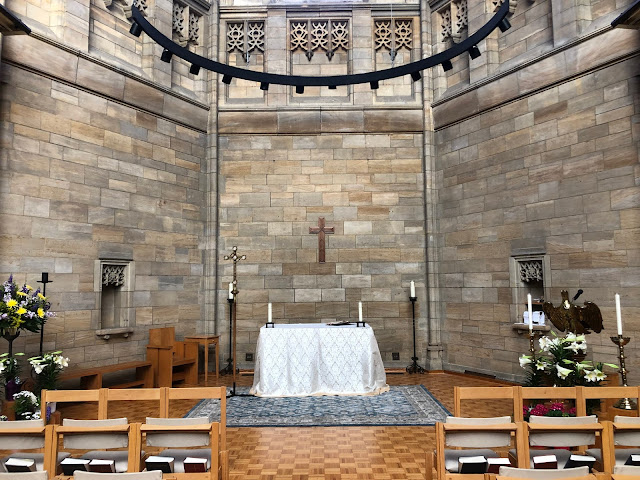 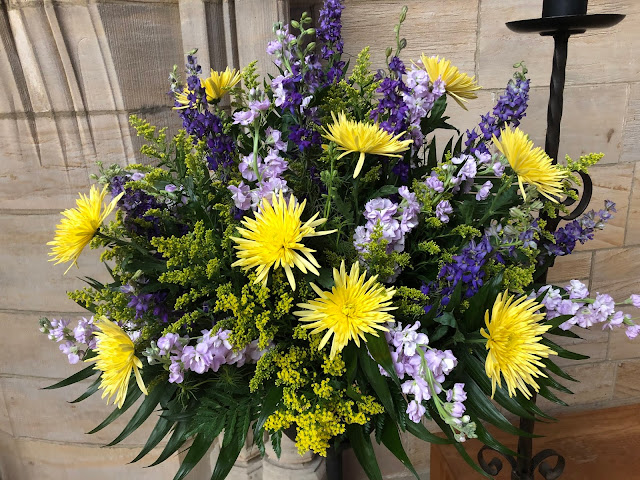 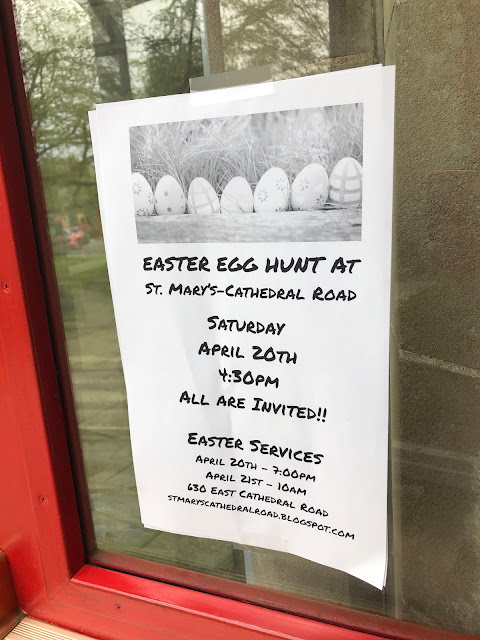 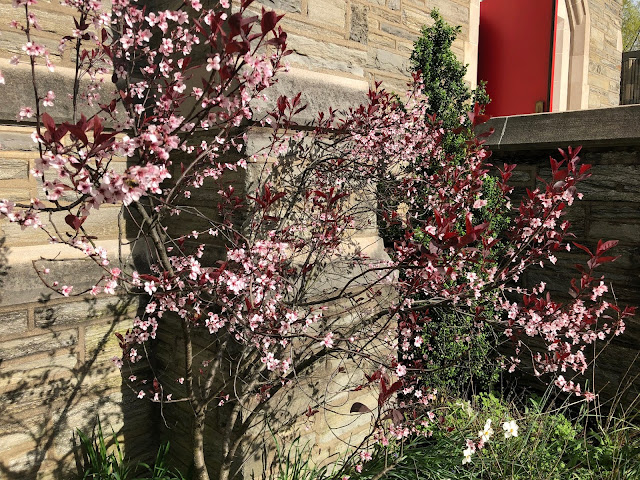 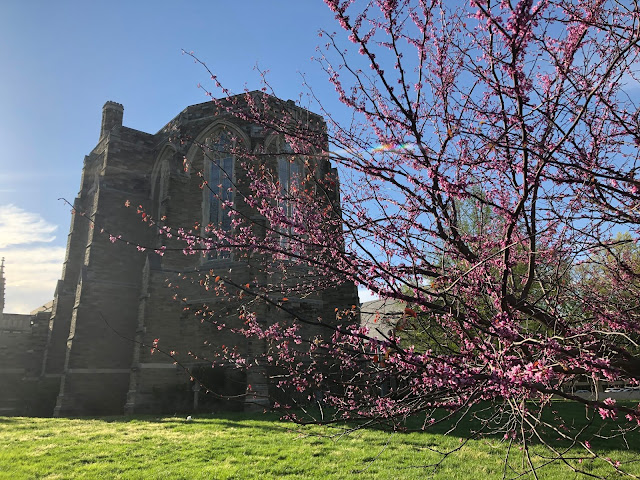 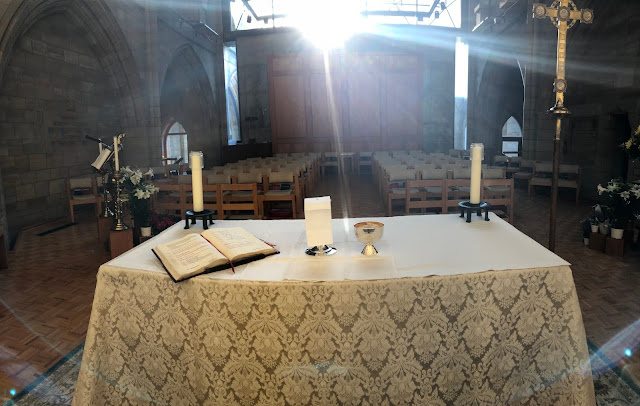 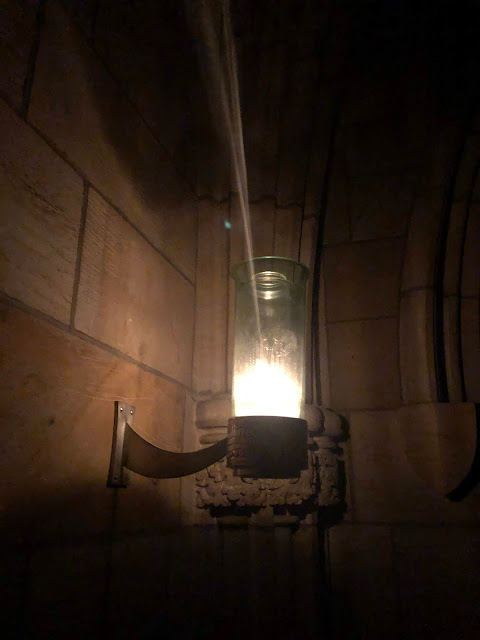 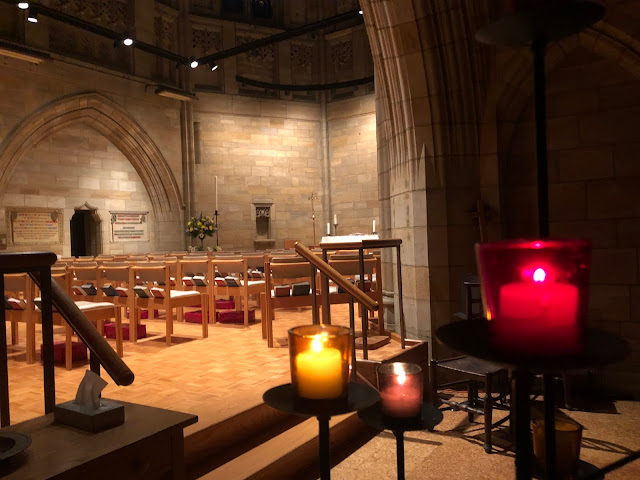 The Presiding Bishop's Easter Message
The video is available here

Easter 2019 Message
The Rt. Reverend Barbara Harris was the first woman ordained and consecrated a bishop in The Episcopal Church and in the Anglican Communion. In her memoir, entitled Hallelujah, Anyhow! [she] quotes an old Gospel hymn that says it this way:
Hallelujah anyhow
Never let your troubles get you down
When your troubles come your way
Hold your hands up high and say
Hallelujah anyhow!

When I get to Heaven, I want to meet one person, and her name is Mary Magdalene. Because if ever there was another Hallelujah, Anyhow sister, it was Mary Magdalene. And her life, and her example, tells us what it means to follow in the way of Jesus, in the Way of Love.
Mary Magdalene showed up when others would not. Mary Magdalene spoke up when others remained silent. Mary Magdalene stood up when others sat down.
John’s Gospel tells us that when many of the disciples fled and abandoned Jesus, Mary Magdalene stood by him at the cross. Hallelujah, Anyhow.
Against the odds, swimming against the current, Mary Magdalene was there.
John’s Gospel says in the 20th chapter, early in the morning, while it was still dark, Mary Magdalene and some of the other women went to the tomb. Hallelujah, Anyhow.
They went to the tomb when it didn’t make any sense. They went to the tomb when the evidence was against them. Jesus was dead. They knew that. The power of the Empire had crushed the hope of love. They knew that. And they got up in the morning and went to the tomb anyhow. Hallelujah, Anyhow.
But more than that, John’s Gospel says it was dark. It was dark. That’s not just the time of day in John’s Gospel. The darkness in John is the domain of evil. In John’s Gospel when Judas leaves the Last Supper to betray Jesus, John inserts a parenthetical remark. When Judas leaves to betray him, John says, “And it was night.” The darkness is the domain of wrong, of hatred, of bigotry, of violence, the domain of sin and death and horror.
And early in the morning while it was still dark, Mary Magdalene went to the tomb, Hallelujah, Anyhow.
The truth is, she didn’t know that Jesus was alive. She was just doing what love does. Caring for her beloved, her Savior, her friend, in his time of death, to give him the last rites of burial. And when she got to the tomb, and the other women with them, they eventually discovered that Jesus was alive, and in the silence of the night, in the moments of despair, in the moments of the worst darkness, God had done something incredible. God had raised Jesus from the dead
The truth is, nobody saw Jesus rise from the dead, because God had done it secretly and quietly, when nobody was looking.
When I was in high school, I learned a poem composed by James Russell Lowell. He wrote it in the 19th century, in one of the darkest periods in American history, when this country was torn asunder by the existence of chattel slavery in our midst. In this great land of freedom, there were slaves being held in bondage. And this nation literally went to war, tearing itself apart, trying to find the way to do what was right. And James Russell Lowell wrote, in the midst of this darkness, in this dark hour:
Though the cause of evil prosper, yet ‘tis truth alone and strong . . .
Though her portion be a scaffold, and upon the throne be wrong
Yet that scaffold sways the future, and behind the dim unknown
Standeth God within the shadow, keeping watch above his own

Hallelujah, Anyhow.
Christ is risen
The Lord is risen, indeed.
God love you, God bless you, and may God hold us all in those almighty hands of love.
Posted by Peter Carey at 10:46 PM 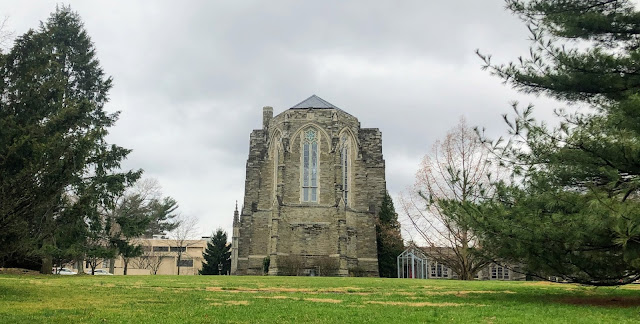 O God, who made this most holy night to shine with the glory of the Lord's resurrection: Stir up in your Church that Spirit of adoption which is given to us in Baptism, that we, being renewed both in body and mind, may worship you in sincerity and truth; through Jesus Christ our Lord, who lives and reigns with you, in the unity of the Holy Spirit, one God,  now and for ever. Amen.
Posted by Peter Carey at 9:30 PM

Email ThisBlogThis!Share to TwitterShare to FacebookShare to Pinterest
Labels: Easter

Christ has no body 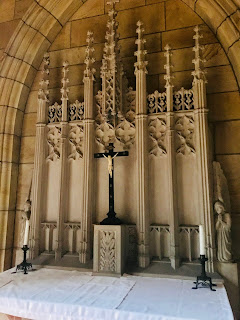 Christ Has No Body 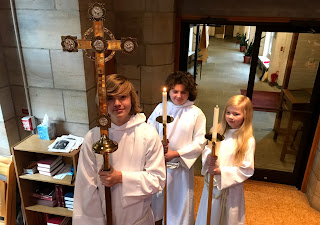 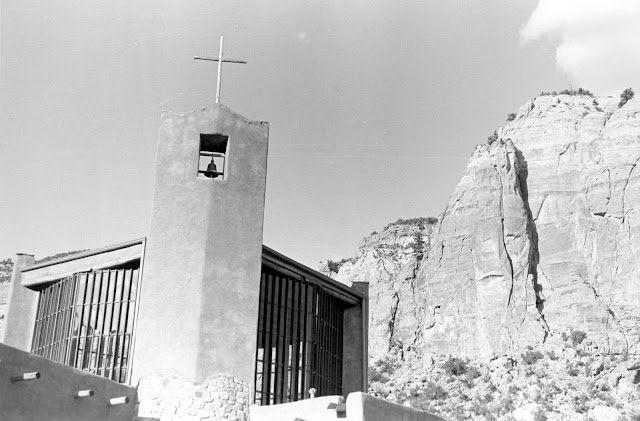 O God, Creator of heaven and earth: Grant that, as the crucified body of your dear Son was laid in the tomb and rested on this holy Sabbath, so we may await with him the coming of the third day, and rise with him to newness of life; who now lives and reigns with you and the Holy Spirit, one God, for ever and ever. Amen.
Posted by Peter Carey at 2:22 AM

Behold this your family 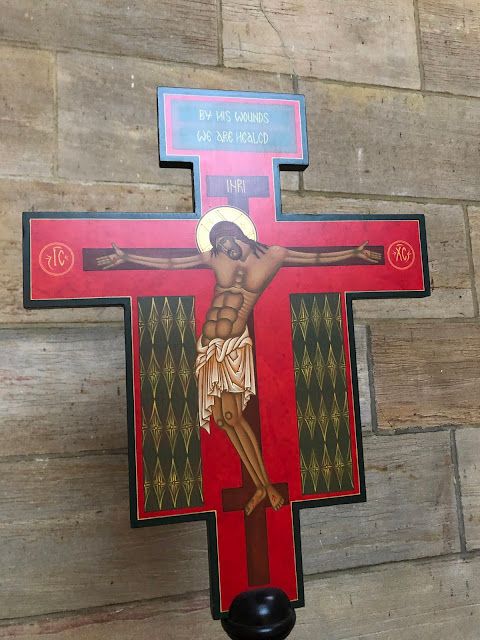 Almighty God, we pray you graciously to behold this your family, for whom our Lord Jesus Christ was willing to be betrayed, and given into the hands of sinners, and to suffer death upon the cross; who now lives and reigns with you and the Holy Spirit, one God, for ever and ever. Amen.
Posted by Peter Carey at 4:20 AM 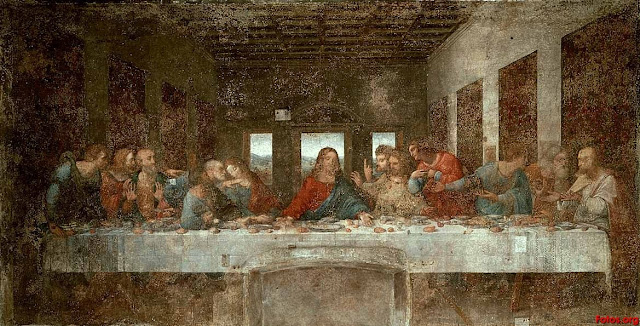 Almighty Father, whose dear Son, on the night before he suffered, instituted the Sacrament of his Body and Blood: Mercifully grant that we may receive it thankfully in remembrance of Jesus Christ our Lord, who in these holy mysteries gives us a pledge of eternal life; and who now lives and reigns with you and the Holy Spirit, one God, for ever and ever. Amen.
Posted by Peter Carey at 4:00 AM 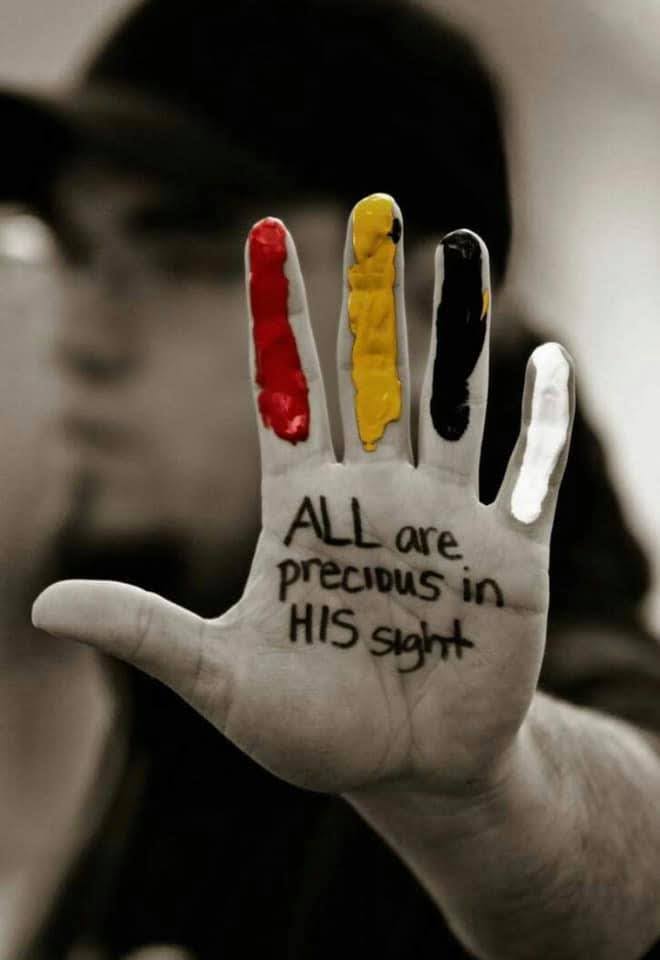 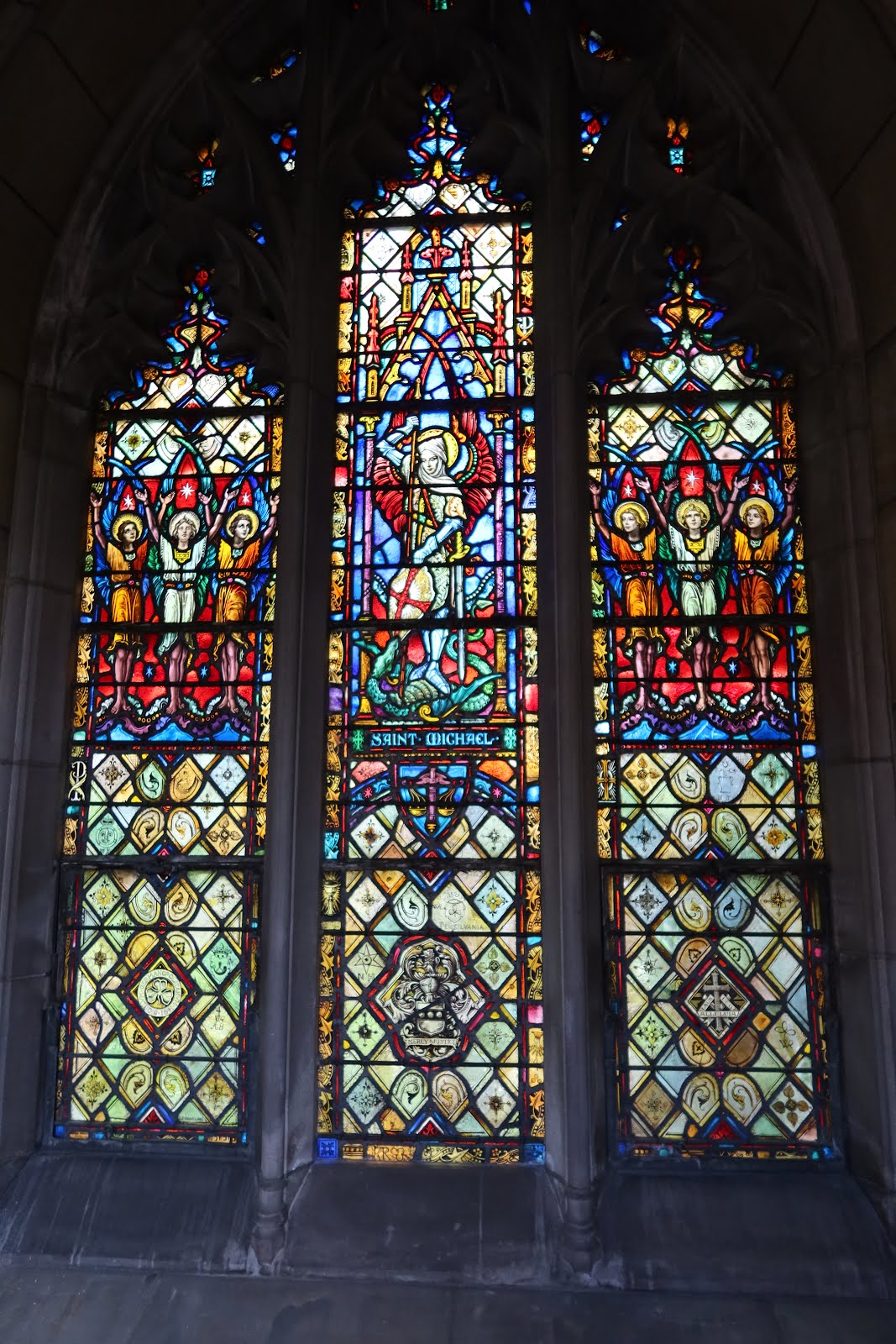 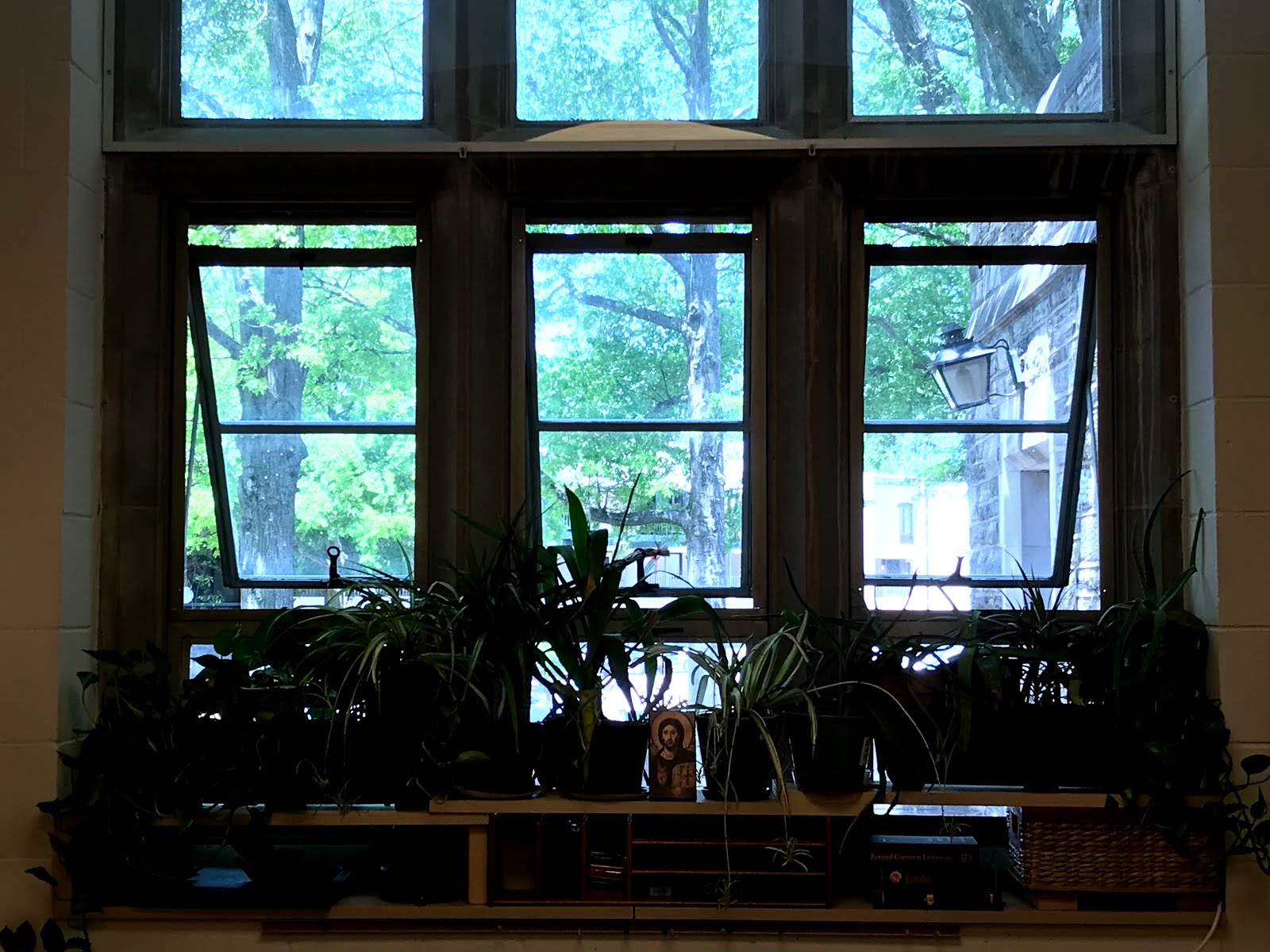 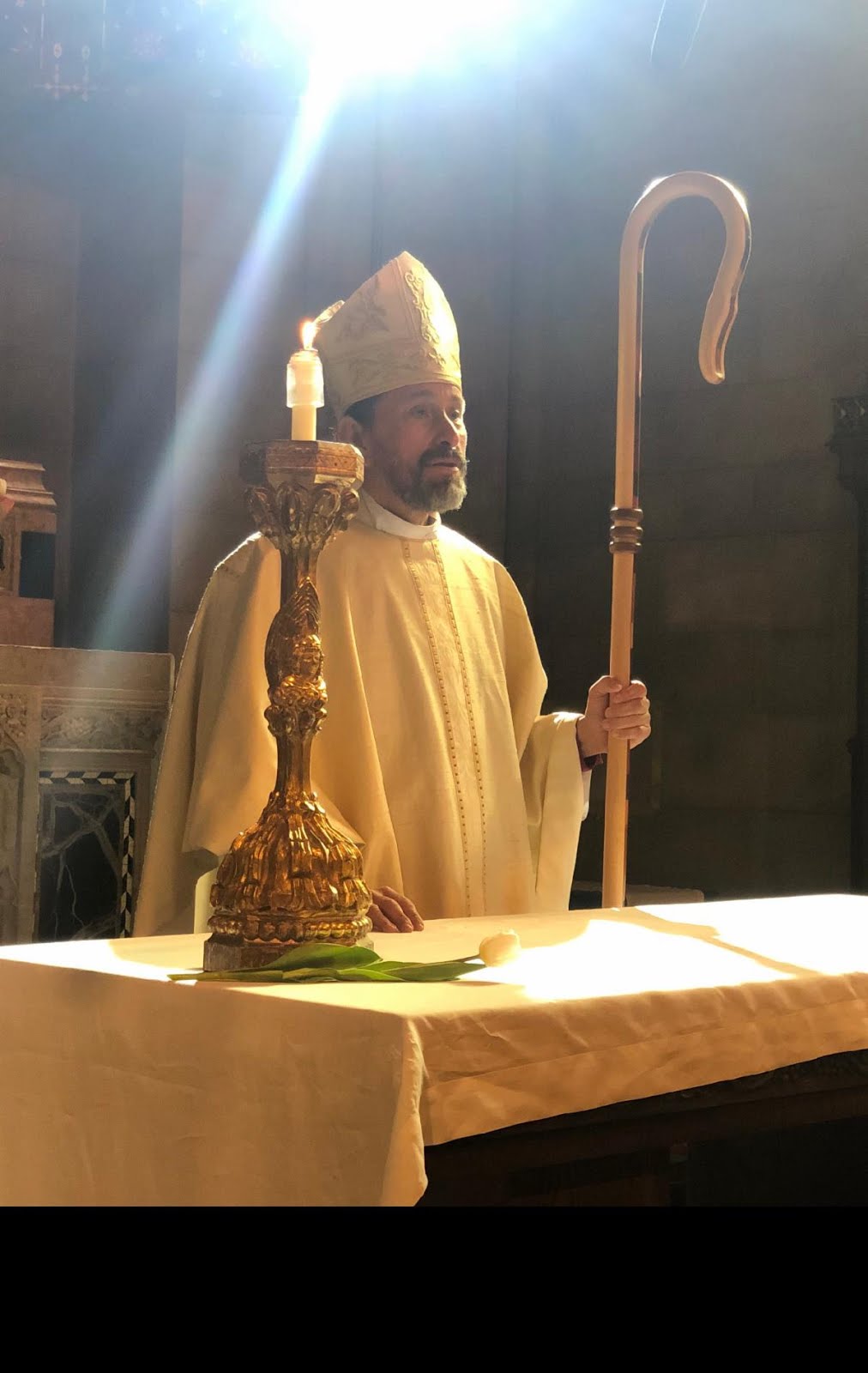 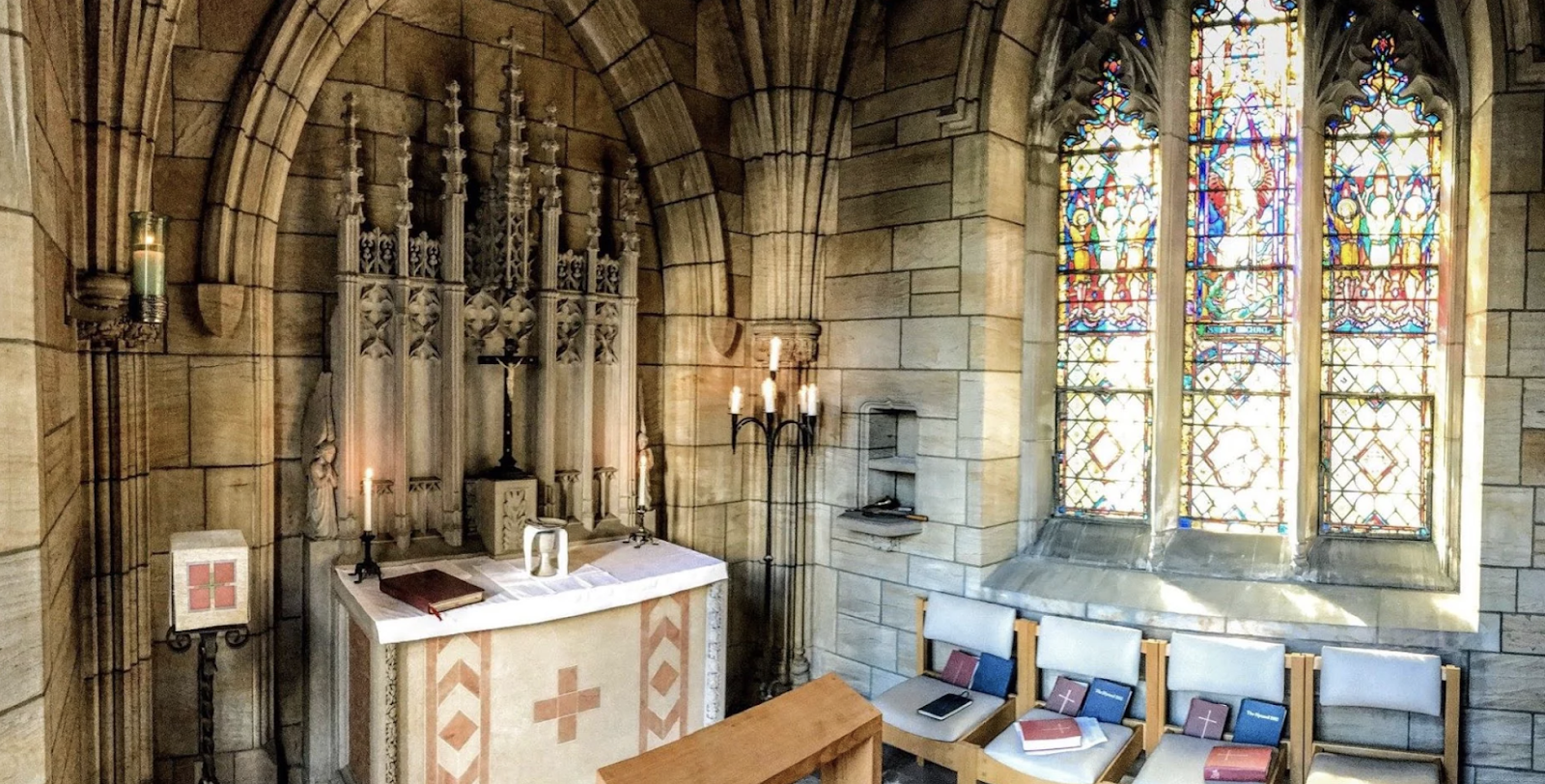 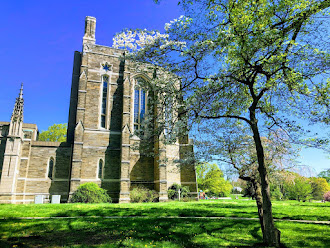 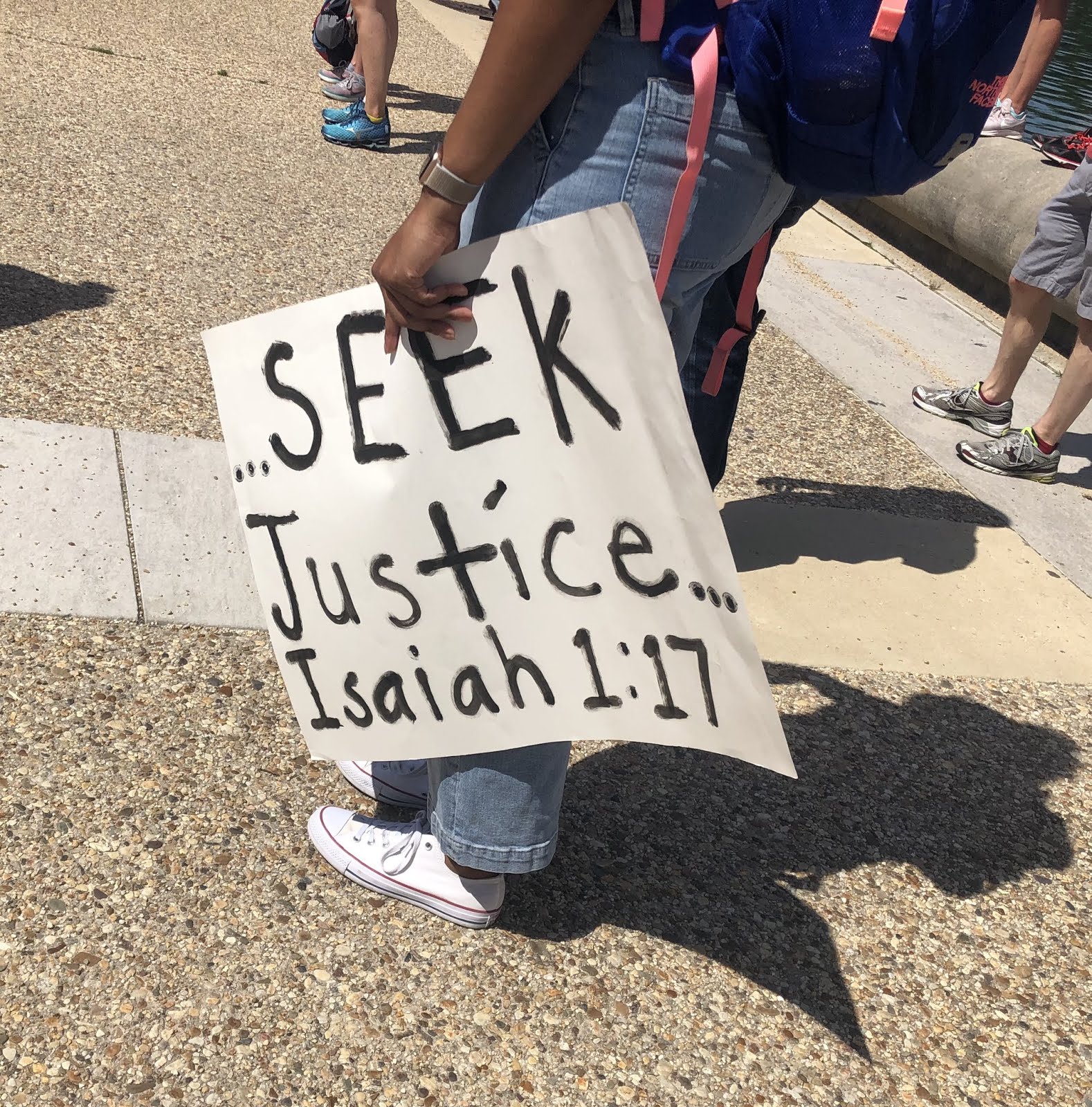 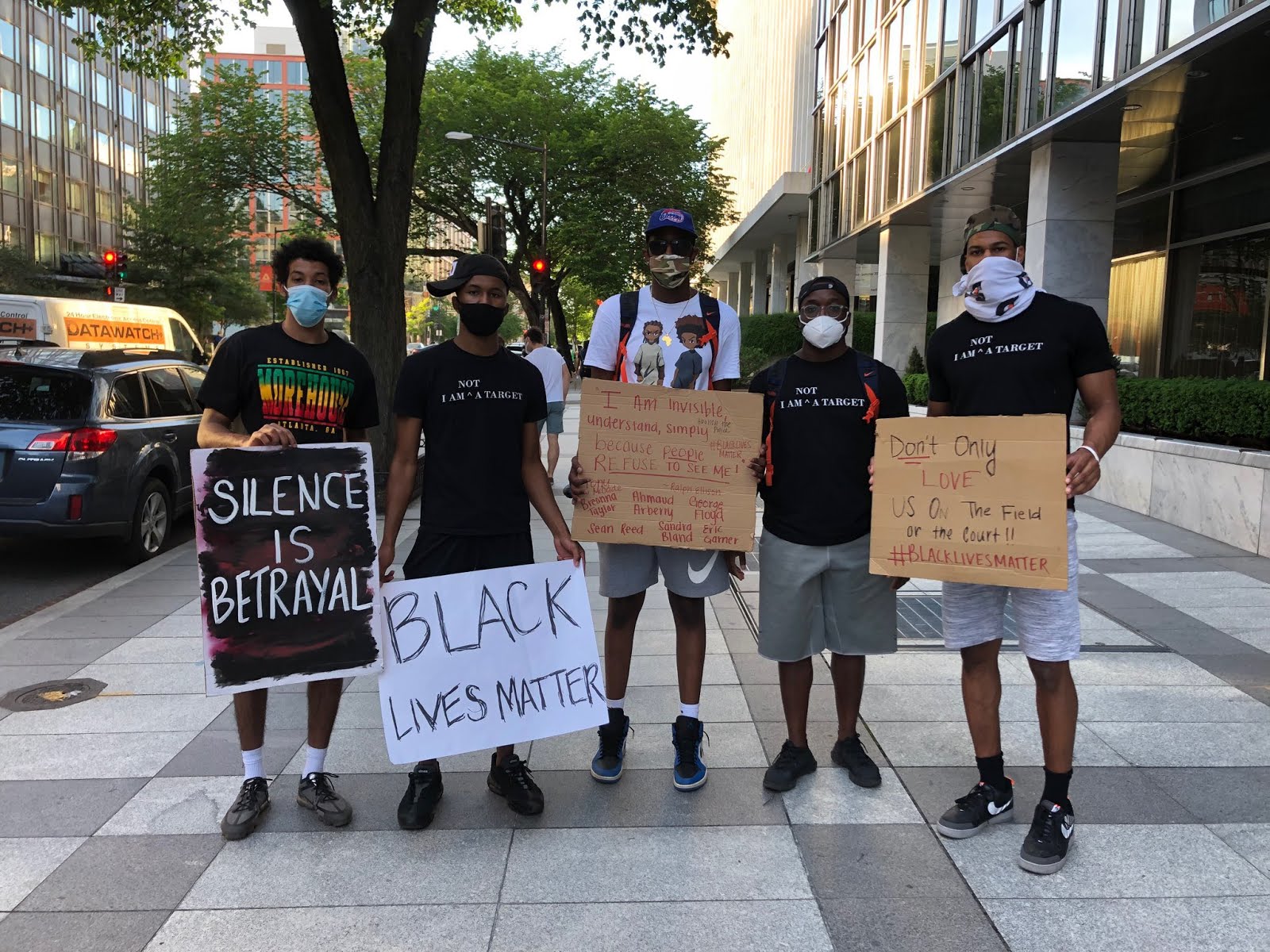 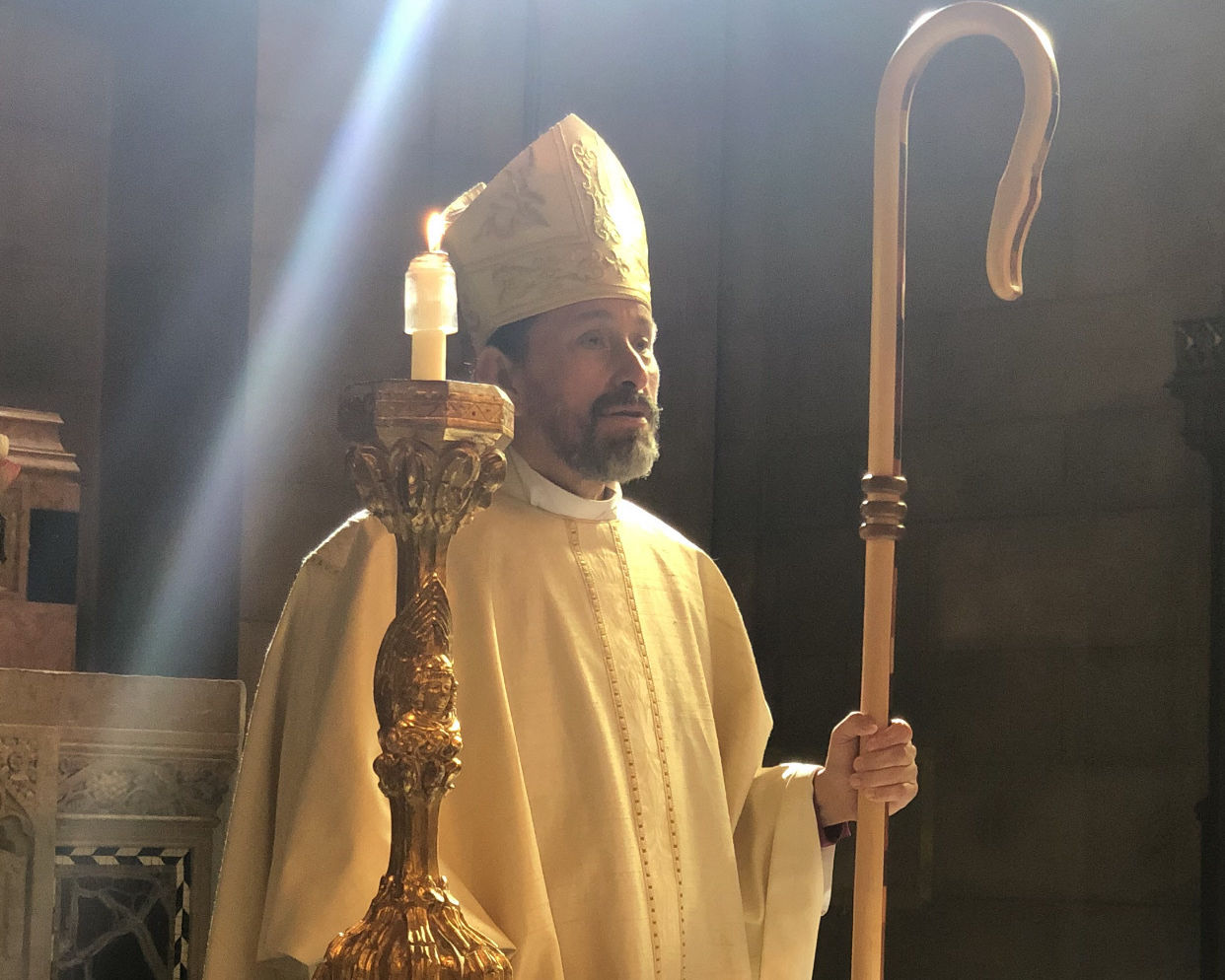 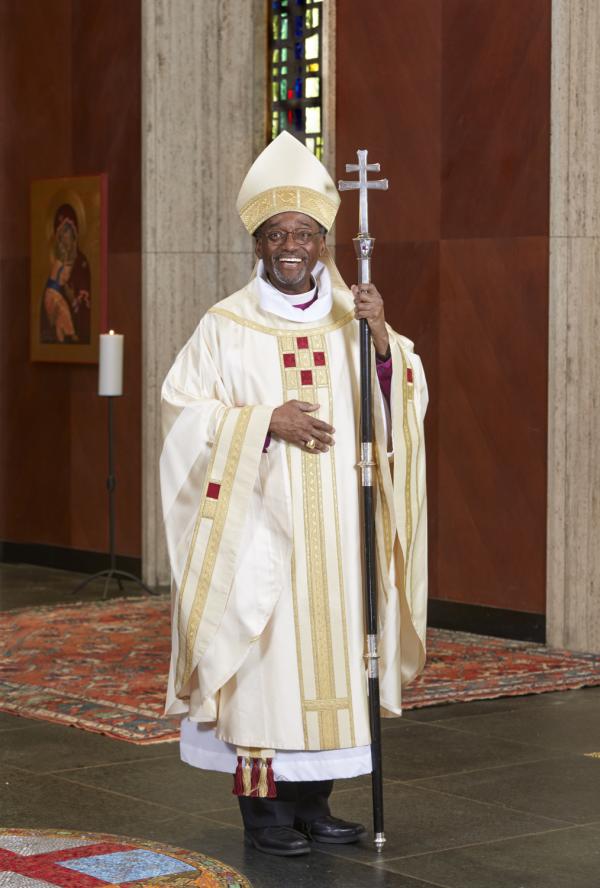 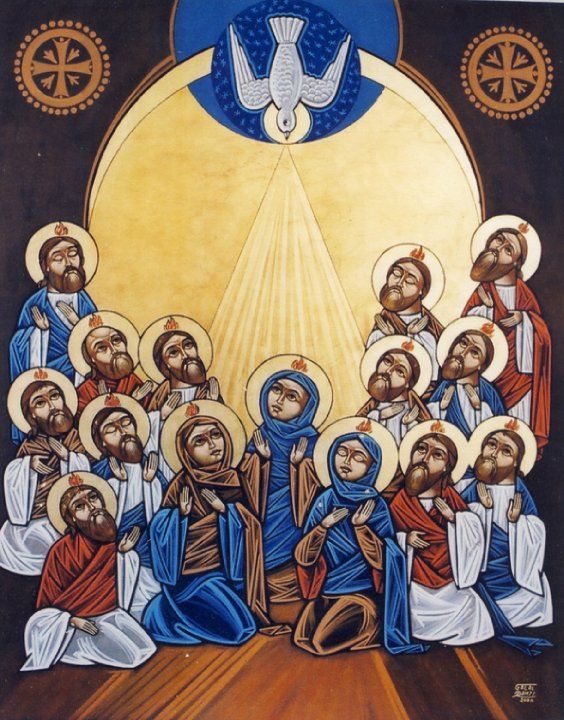 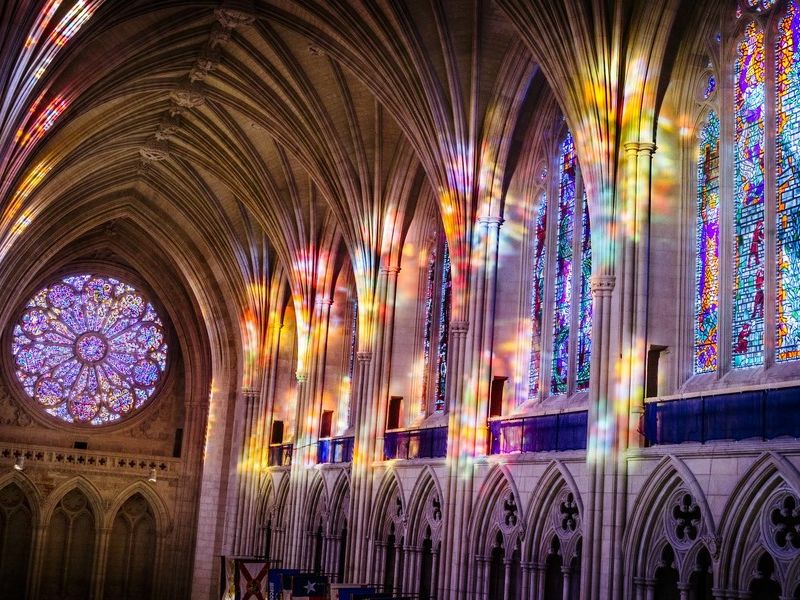